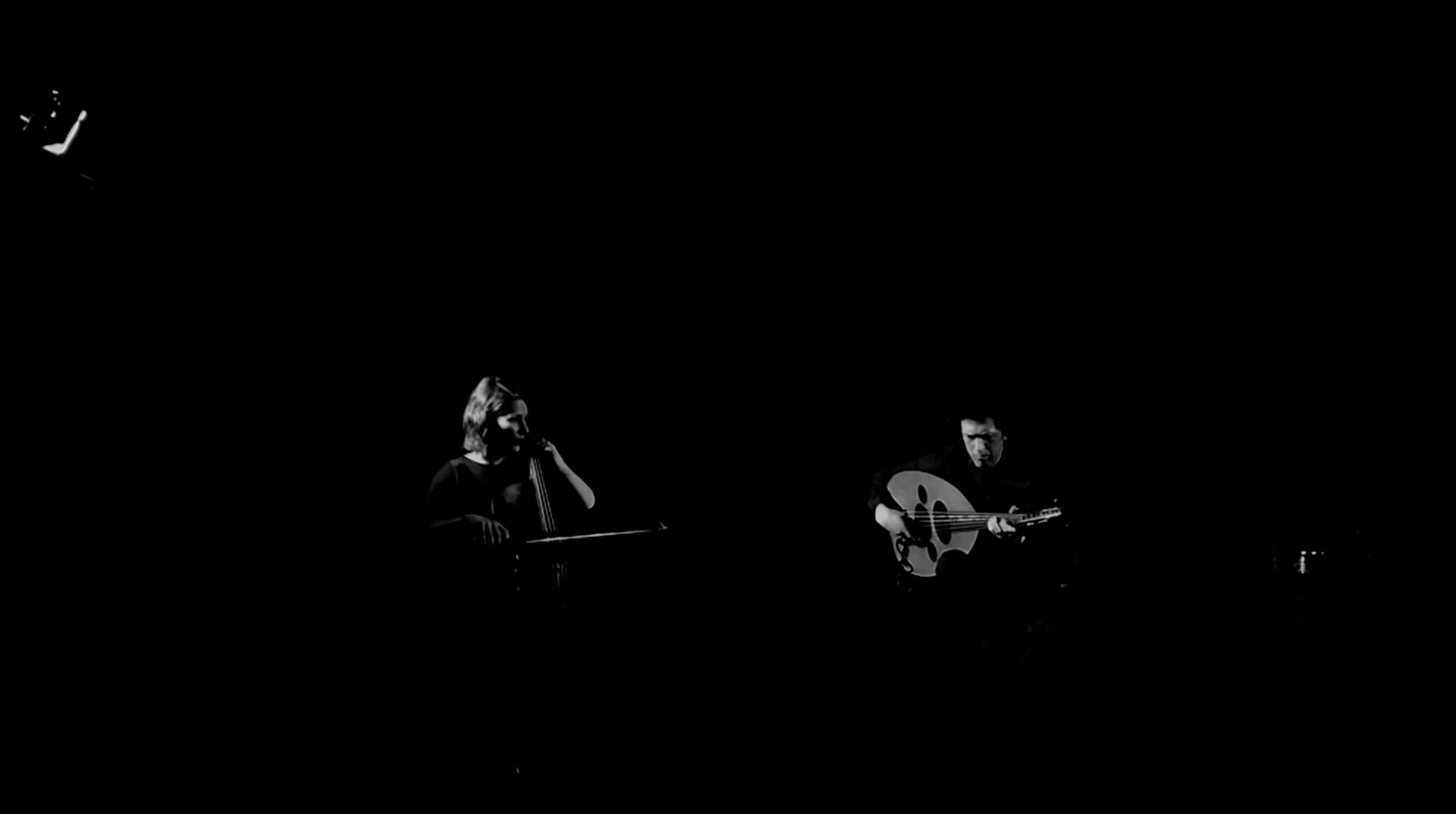 The second concert of Incense of Music at Volksbuehne – Roter Salon, the tenth of the series, featured a celebration. Maria Wiesmaier, who played solo in the first concert in June 2015, and Nabil Hilaneh, who played solo in the second one on July 2015,  on 24th February 2017 presented the Duo Damaskus Berlin, a project between classical Arabic and classical European music.

Inspired by this combination that evening we decided to burn some Tilia from Germany and some Lebanon Cedar from Syria, two extremely interesting and elegant scents. Tilia is a genus of about 30 species of trees or bushes, native to most of the temperate Northern Hemisphere  and typically reaching a height of 20 to 40 meters and, sometimes, 2000 years of age. In the summer months, when Tilia is flowering, around the tree a very subtle, sweet and aphrodisiac fragrance is perceived having deep and pleasant effects on human beings. Cedrus libani, commonly known as the cedar of Lebanon or Lebanon cedar, is a species of cedar native to the mountains of the Eastern Mediterranean basin. It is an evergreen conifer that can reach 40 m in height. This tree, mentioned in the Bible as a symbol of the righteous, has a warm and balsamic, soothing and relaxing fragrance. Maria and Nabil, in this video, are playing the piece Sada (echo).