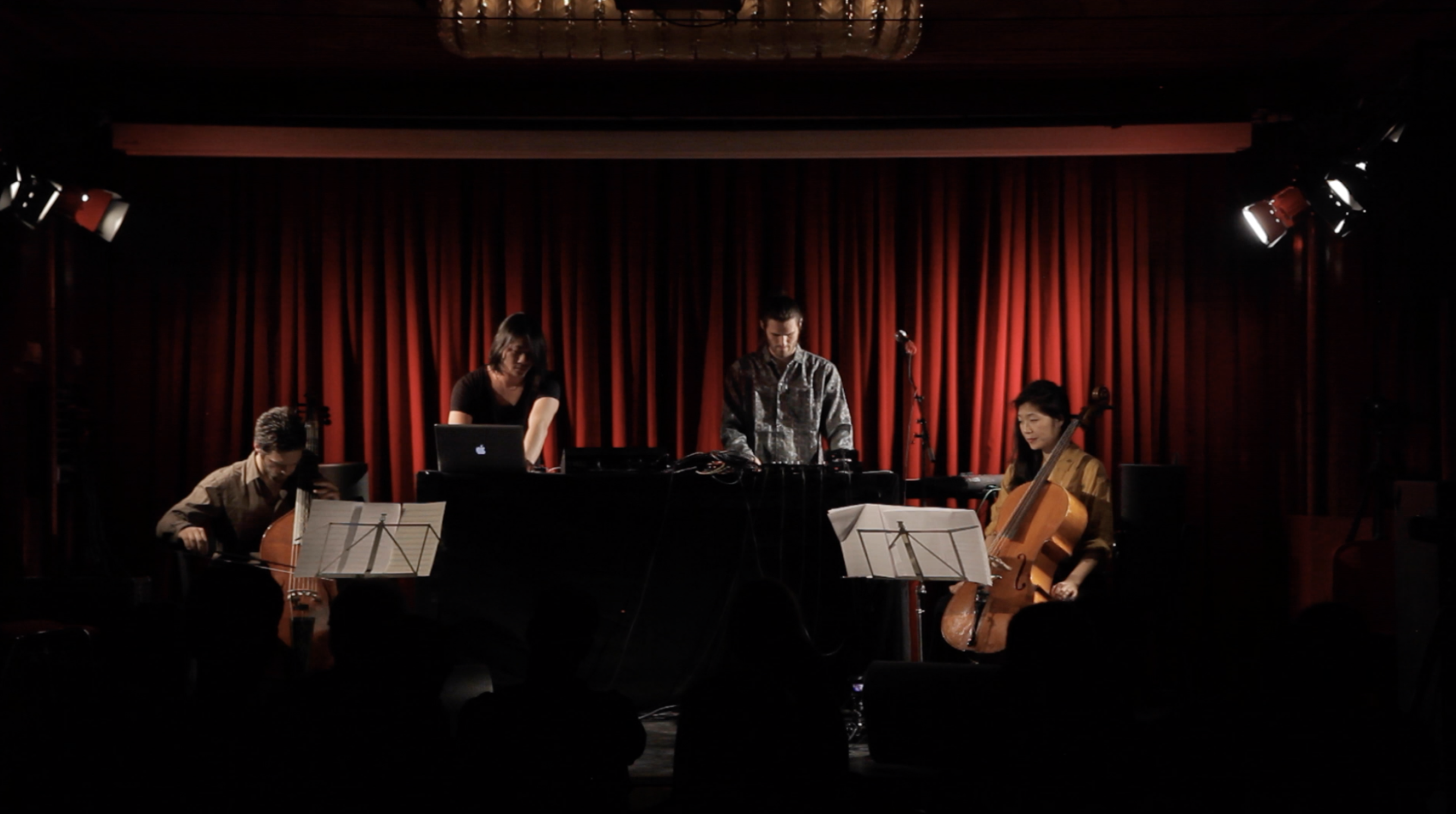 The idea for the fourteenth concert of the series was born in an indoor football hall on a Sunday in early 2017 among a group of soccer enthusiasts. Grégoire Simon, classical violinist and violist from France with a wide experience in high class solo/ chamber and orchestral performances, suggested an acoustic – electronic experiment, combining two of his own projects on stage: Yes Soeur! (a duo with Alexandre Bouvier, electronic compositions for stage productions) and SUGAR (a hybrid between chamber and pop music with originals creations).

The concert took place on 17th April of the same year at Volksbuehne Berlin and exceeded our wildest expectations. On stage Grégoire and Alexandre managed keyboards, little flutes and computers, while Boram Lie played cello and David Eggert viola da gamba. In the first set we burnt some Galbanum, an aromatic gum resin and a product of certain umbelliferous Persian plant species in the genus Ferula, that grows plentifully on the slopes of the mountain ranges of northern Iran. It has a deep, powerful bitter taste, a sharp, peculiar, dirty, balsamic, fresh musky odour and an intense green, piny, woody, peppery, elemi-like balsamic scent. Mentioned in the Hebrew Bible , commented by Rashi in the 12th century, known by Hippocrates and Pliny as a powerful medicine, Galbanum is also used in modern parfumerie. Not the worse references for a hypnotic, groovy evening, a mixture of antique and contemporary elements, a ritual with energy and fire, with electronic devices and two instruments developed in the 16th Century.

In the second set we burnt the dried peels of some grapefruits, a subtropical citrus hybrid originated in Barbados as an accidental cross between two introduced species – sweet orange (C. sinensis) and pomelo (C. maxima) – both of which were imported from Asia in the seventeenth century. The name “grapefruit” seems to originate from the way that, unlike normal citrus, the fruits of this tree grow in “clusters”, vaguely reminiscent of bunches of grapes. Its essential oil has a fruity and spry flavor and provides an invigorating and energizing aroma, invokes a sense of clarity and can help to uplift mood. Coming back to football, another assist for SUGAR and Yes Soeur!, another celebration of music, art and life.