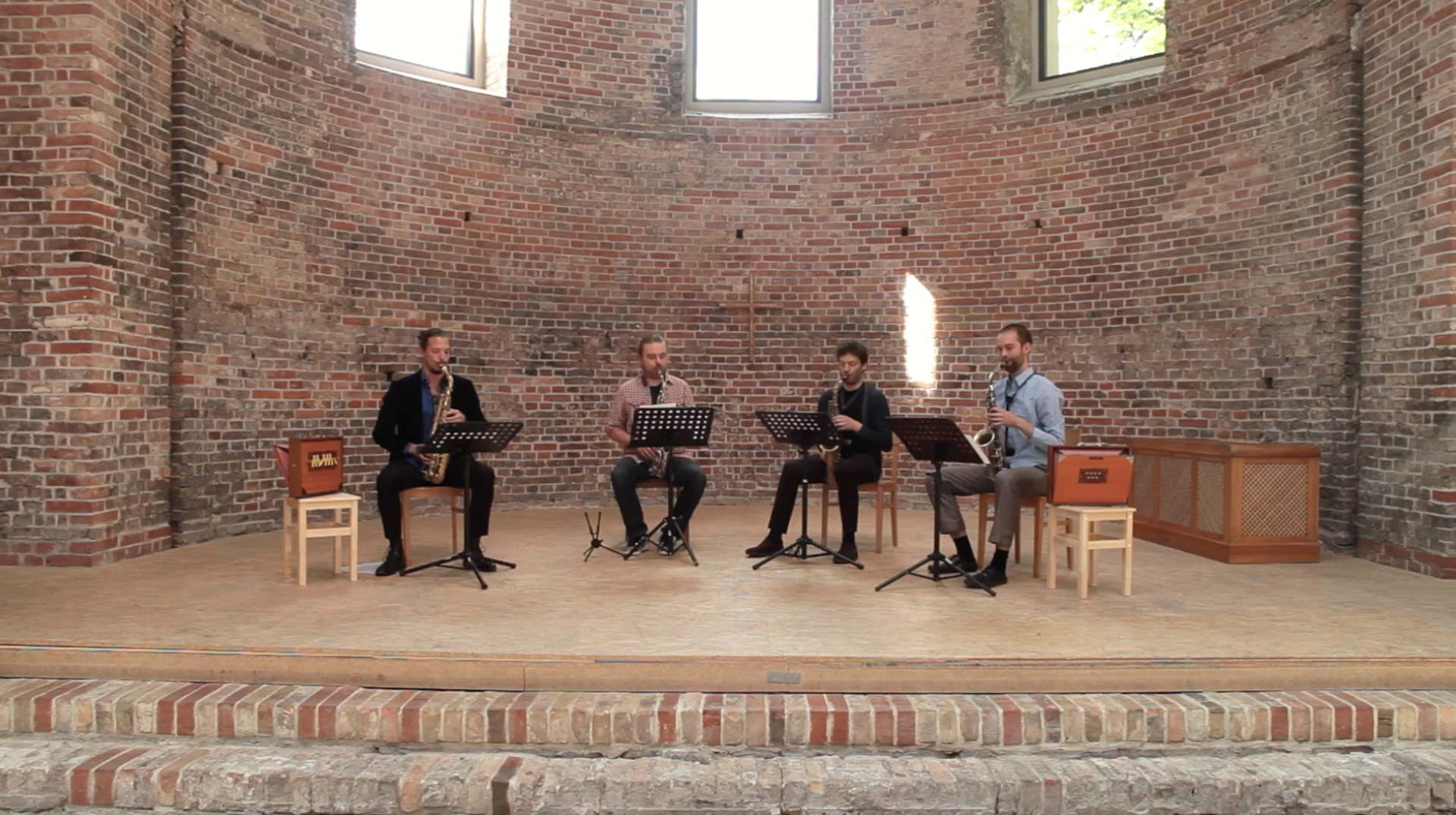 It was a great pleasure to perform at the German Evangelical Church Day 2017 in the St. Elisabeth Church in Berlin Mitte, with one concert each on three consecutive days. The church, inaugurated in 1835 and built after plans of Karl Friedrich Schinkel, was badly damaged in the second world war and only renovated after 1989. It offers space for 1200 people and has high walls. Optimal conditions for incense burning. Our small festival entitled Face to Face opened on May 25, 2017 with a concert of superlatives: Christian Weidner, Philipp Gerschlauer, Moritz Köther and Bastian Duncker were the Elemi Saxophone Quartet specially formed for the occasion. The four celebrated soloists played the works of the New Zealand composer Hayden Chisholm, who has long worked intensively on overtones and Fibonacci. Overtones are the sounds within the sounds, the harmonic ladder which extends upwards infinitely in perfect whole number ratios. The Fibonacci series is the additive growth series found throughout nature. Monochrome, the first piece, was the first meditation of the afternoon, followed by Inside C, Love in Numbers and Density movements. A beautiful, endlessly extending spiral of purity. Actress Betty-Despoina Athanasiadou and singer Christian Baier brought the incense bowl with the smoke from Indonesian Elemi to the audience, a substance that has an encouraging and refreshing effect and that Hayden already selected at previous Incense of Music concerts. The transition to myrrh was therefore fluid. This resin, which is obtained from a series of small, thorny tree species of the Commiphora genus, has played an extraordinary role in history as a perfume, incense and medicine. The scent of myrrh is feminine and has a slightly spicy-sweet scent of balsamic delicacy.